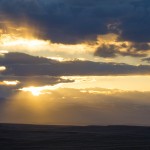 Sunset, another time when the grouse may be courting!

I LOVE that I can still be surprised by the sage-grouse even after 10 years out here. Sometimes it is just a matter of luck, as in having a particularly wet spring and seeing Cottontail lek disappear under the rising waters of the reservoir at the far end of the valley.

Sometimes the surprise comes from a change in our perspective– in the tools we use to observe the birds and the questions we are asking. For example, we just watch birds on the lek in the morning. We know the birds typically arrive just as the eastern sky is starting to brighten, and hang out on the lek for some length of time depending on weather, number of females, etc. Then they go foraging. Our assumption was that very occasionally the birds come in at dusk, and we know that typically around the full moon males will congregate on the lek at night and potentially be displaying for much of the night (they often leave earlier in the morning at that time as if they’ve been working hard under the light of the moon). That pretty much sums up our somewhat naive understanding of the timing of sage-grouse lekking activity. 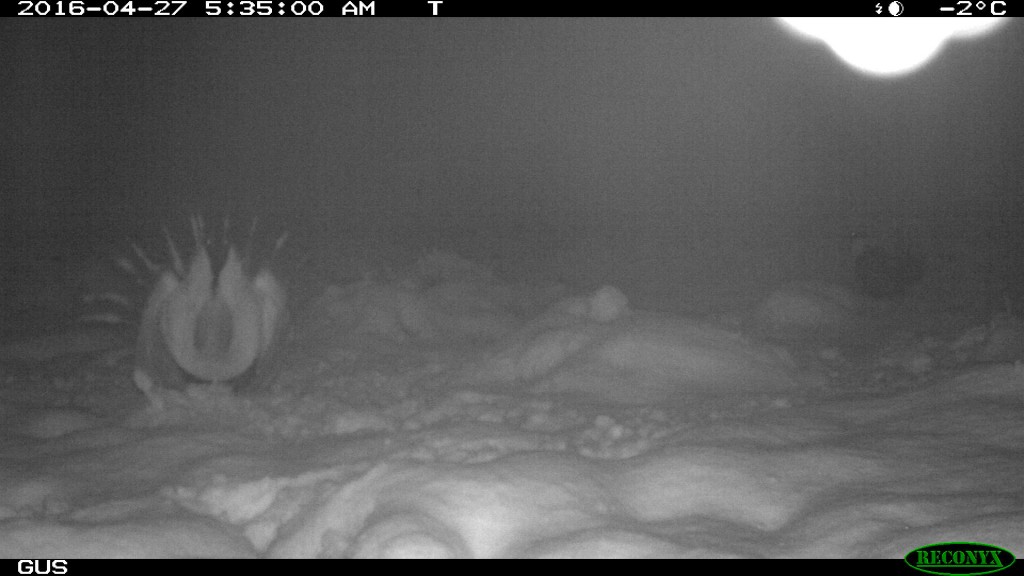 Trailcams allow monitoring around the clock in all kinds of weather

Thanks to five trailcams on loan from Tim Vosburgh, a biologist with the BLM office in Lander, we are now getting a much more systematic view of when males are present on the lek. We will need some time to go through all the thousands of photos we are getting, but we’ve found a few surprising things already: 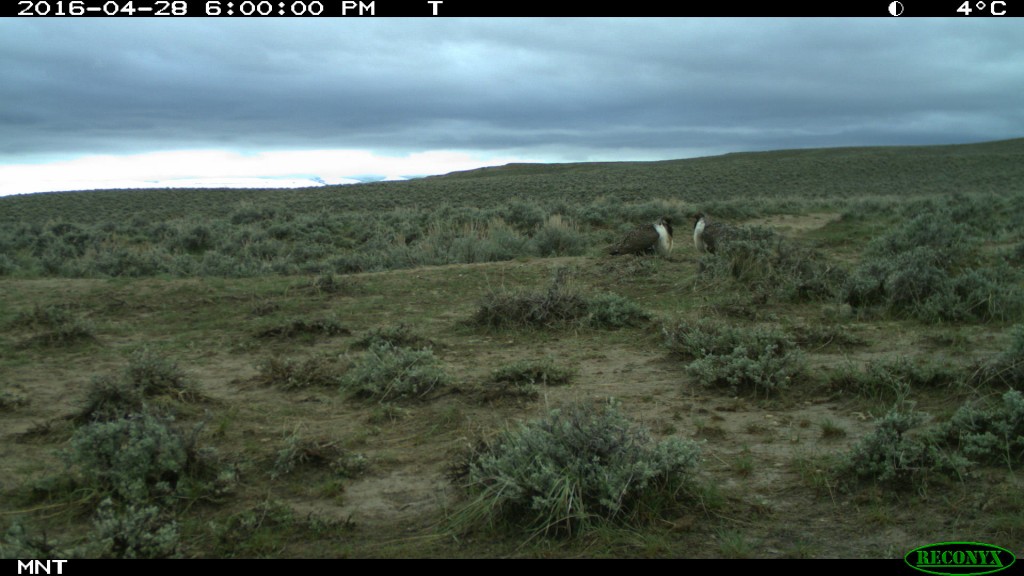 1)   Evening lek attendance can begin a lot earlier than we thought. We thought based on a couple of encounters with birds at dusk that males would not come in until well after the sun went down. Not so! We’ve had some really cloudy afternoons and have had males on before 6PM. 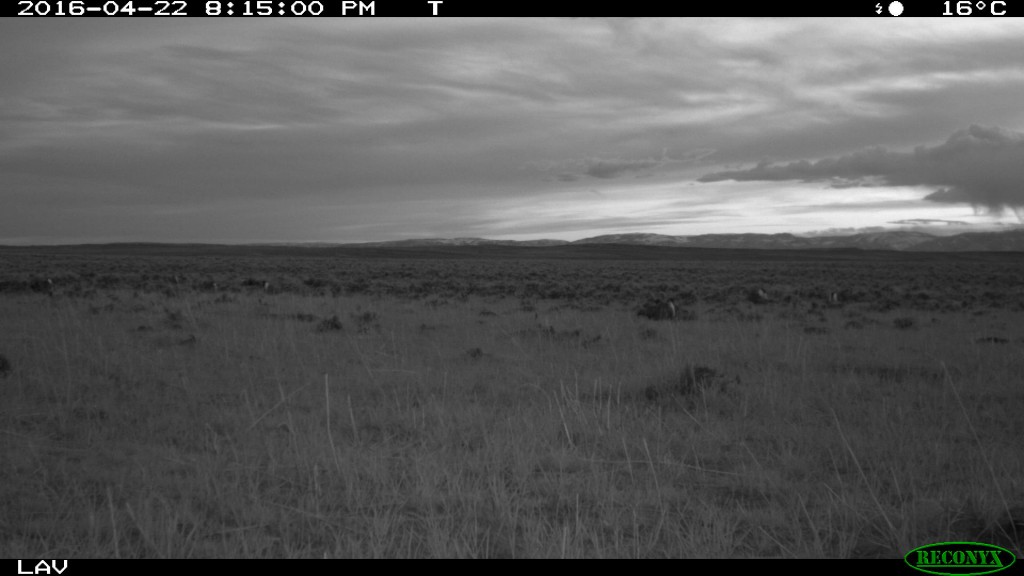 Almost all leks had displaying males after 8PM

2)   Evening lek attendance is very common. I just looked through a sample from about a week of activity from three leks, and I think males were present in the PM pretty much every day on each lek.

3)   (Pending more data) Evening lek activity seems pretty synchronized across leks. My suspicion before was that it might be driven by random attendance of a few males that would then spur more males to join. I was expecting to find patterns where one lek would be active and another would be empty. Based on my quick scan through the photos, I think males on leks may be pretty consistent in how they respond to environmental cues such as precipitation, wind, and cloud cover.

This is a very limited sample of leks right now, and mostly around the full moon. Hopefully next year we can start monitoring more leks and start at the beginning of the season.

And for fun, a couple of other lek visitors: 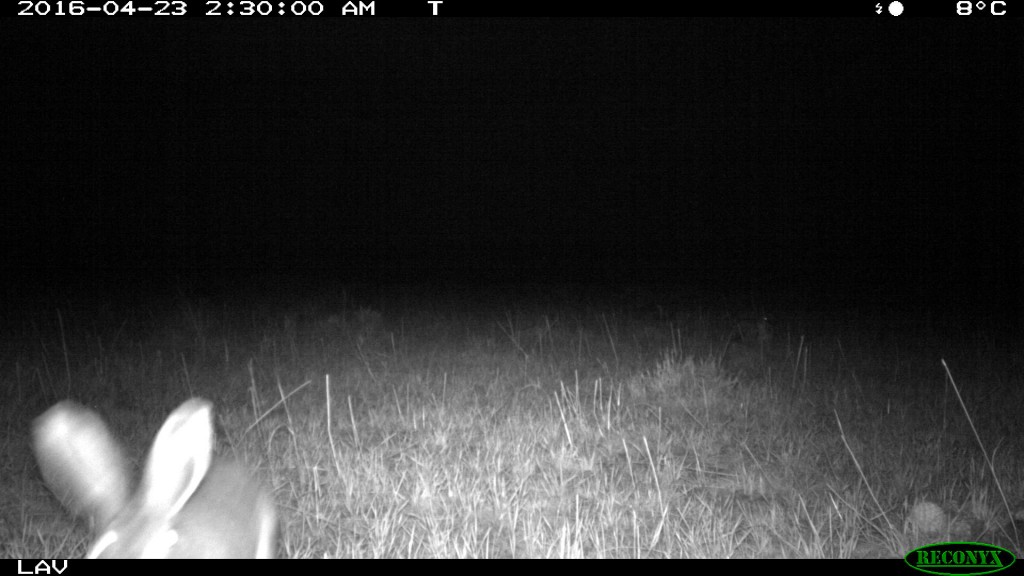 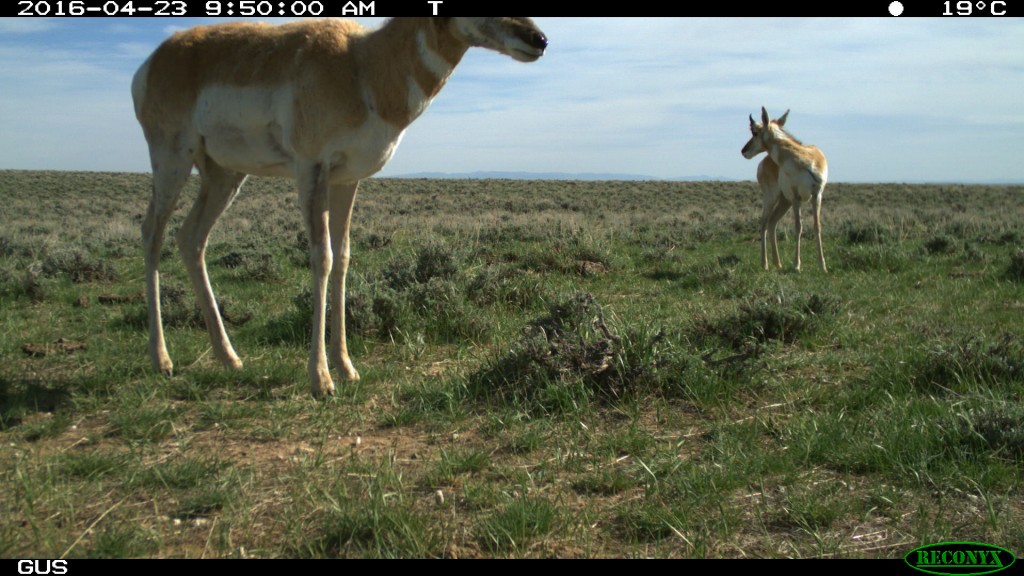