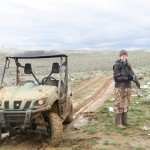 As long-time readers will know, weather is often one of the biggest challenges we face when conducting field studies of the sage-grouse. While a warm, sunny April is more pleasant for us to be watching the birds, it can be tough on the grouse and they tend to get tired and not as responsive. Moderate precip is good for the birds (especially survival and growth of the chicks), but our fembots can’t drive well in the mud and sometimes it limits our ability to even get out to the leks.

This April has been schizophrenic, bouncing between 70’s and snow practically every week. It can go from green 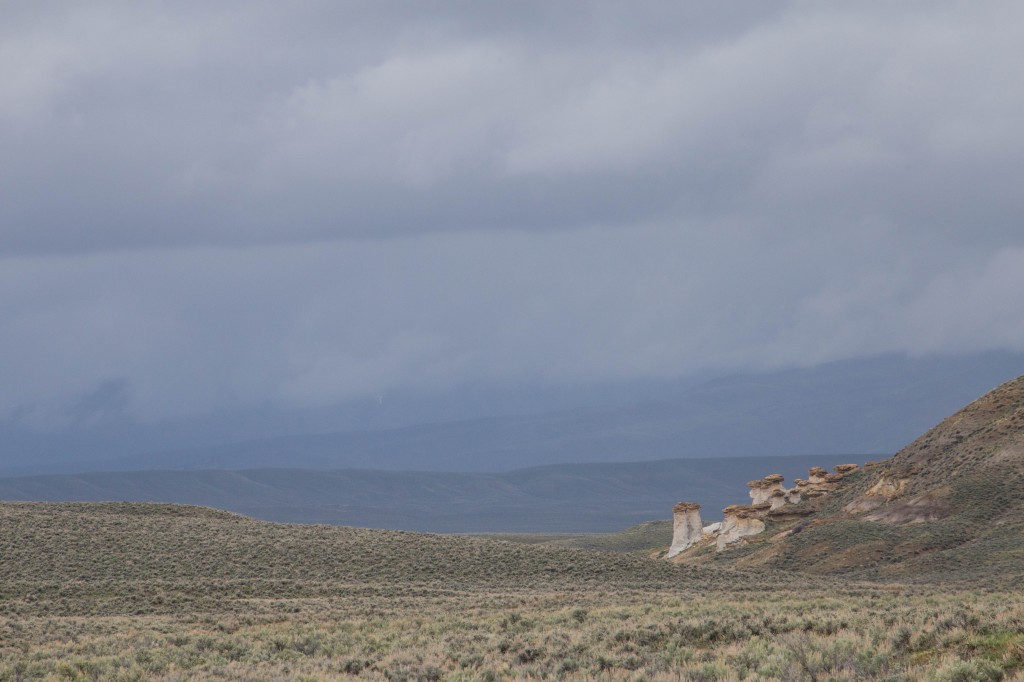 to white again in just a day or two. 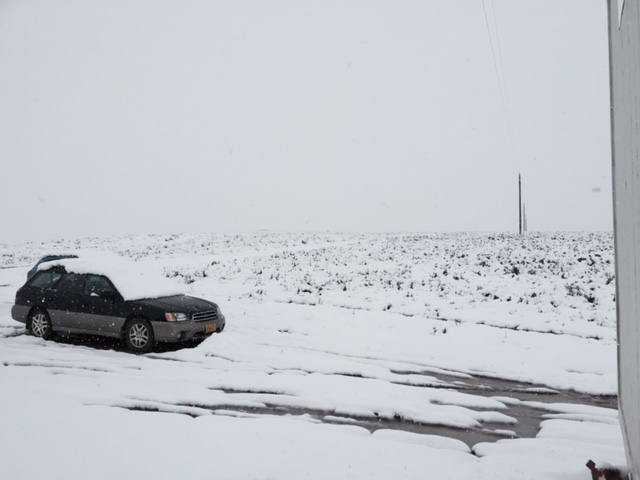 This week we moved well past “moderate” on the precip scale. A few days with significant rain events, followed by 2 days of snow, have left Government Draw a green mucky mess. Nowhere was this more apparent than Cottontail lek. Set aside that the two-track in was practically a stream. Kira and Jessica showed us photos and videos depicting a lek half-under water. The land on the far left of the observation grid had been claimed by rising water levels. Ryane and I went down in the afternoon to set up a playback experiment for the next day under the assumption that the lake level would have receded somewhat by then. Oh no. Like the old Johnny Cash song, “three feet high and rising”. Some stakes at the front edge of the grid were completely under water, and it looked like dry land extended only a few meters from the sage! 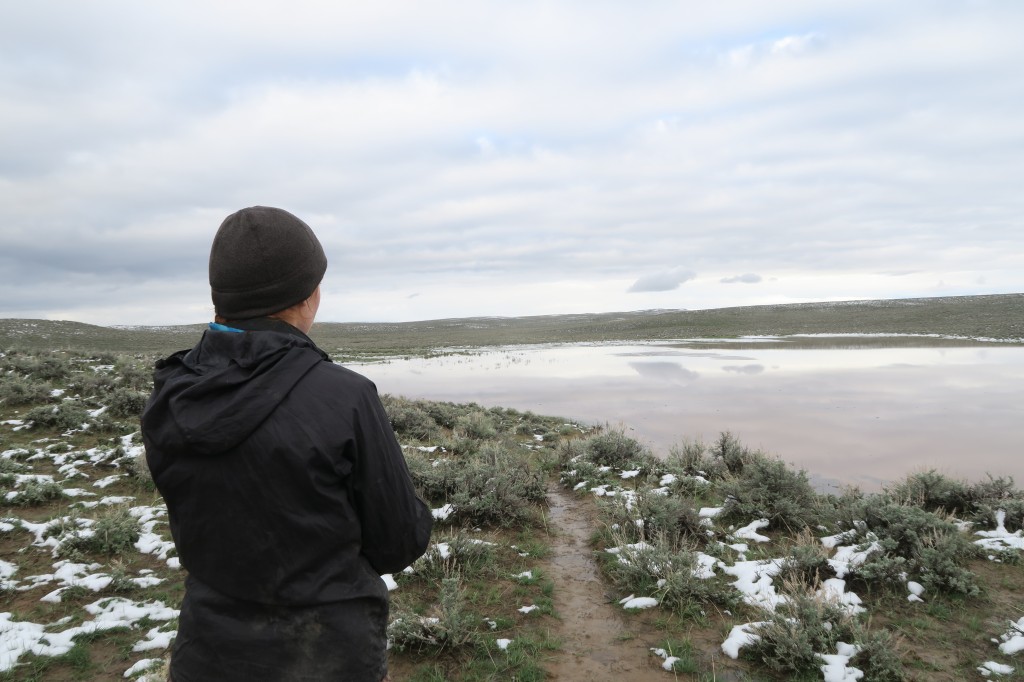 There's a lek under there somewhere!

We had been warned about the possibility the entire lower lek might flood, and maybe Gail had even seen this in the 2000’s before Cottontail became a focal lek, but this far exceeds any water level we had seen since 2012.

It is fascinating to see Cottontail this way. Cottontail has a secondary lek center up on a hillside. It appears that extreme weather events push birds up there, and in drier weather with enough grouse they colonize the flat area we consider the “main lek”. These cycles of changing population numbers and disappearing territory must keep both lek areas active.

To add to the surprise, there were 30+ males fully fighting and displaying at a little after 6PM! (it was a gloomy afternoon, and there were hens on in the morning).