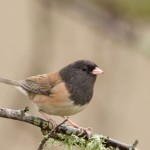 From time to time I get requests for where to turn for popular science outlets. Here are some resources I’ve run across. It definitely isn’t a complete list, so If you have others that you think I should add, let me know!

Magazines and Journals. Note: these are becoming less and less differentiated from blogs these days, and many popular science journals serve as homes for science bloggers. These days, you can typically follow/friend these outlets on social media and receive updates on the things they are writing about, and usually click through to read at least a summary if not the whole piece.

Science News. Magazine for The Society for Science and the Public.  Short summaries of current research findings and conference notesb, along with more in depth articles. Covers a wide range of topics from medicine to particle physics.

Scientific American. Includes some longer articles, often with theme issues. I don’t subscribe, but I have a soft spot for this article since the turkey kin selection hypothesis was popularized here in a 1971 article by Charles Watts and Allen Stokes.

National Geographic. Still has it’s emphasis on cultures and exploration, and beautiful photographs that are usually properly attributed.

Additionally, if you have institutional journal access (for example, through your campus library, some scientific journals including Nature, Science, and Journal of Experimental Biology have some sections pointing out highlights from other journals.

Blogs and other Websites

Phys.org is a news aggregator that lists articles and press releases. They mostly don’t write their own content, but it is often where popular reviews of recent research will appear (especially those that aren’t quite as high profile).

The Ethogram- A new (late 2014) site similar to IFLS. Articles written by graduate students at the University of California Davis.

Nova: Long-running show on science and technology on PBS.

KQED Quest- Produced in the Bay Area but tackling scientific issues throughout California and beyond.

The Brain Scoop- Emily Graslie shows behind the scenes work of scientists, particularly at museums.

PhDetours/PhD TV- From the team at PhD Comics (see below), short interviews with scientists about their research, some of them animated.

Numberphile- Mathematicians get really excited sketching out interesting problems on big sheets of paper. You can also subscribe to their Youtube channel.

Science Friday. Ira Flatow and staff interview researchers. It is on 11-1 on Friday on my local station NPR- definitely a good listen no matter the topic.

Books [this section under construction]

Always a good bet to check out the Science Friday Recommendations.

And No Birds Sing by Marc Jaffe. An ecological detective story- birds are disappearing on a tropical island, and as the obvious suspects continue to be ruled out, a most unlikely culprit remains. The brown tree snake is now a cautionary tale for the perils of introducing non-native species, but the story was almost impossible to believe as the research came out.

Beak of the Finch by Johnathan Weiner. Follow along with the amazing work done by Peter and Rosemary Grant and colleagues as they unravel the secrets of Darwin’s Finches in the Galapagos.

High Moon over the Amazon by Patricia Wright. Dr. Wright is best known for her later work on the conservation of lemurs in Madagascar; this autobiography details how she got into science and primate conservation through adventurous field work in South America.