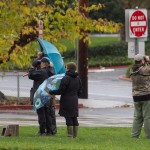 I’m back to the blog- I do have a bit to catch up on. First, the 2012 Christmas Bird Count. I’ve talked a bit about these counts in the past, so you can read a bit more background in an older post.

I was able to continue my new tradition of helping census birds in two of the nearby count circles. The first count was in the Oakland area, and once again I met up with fearless leader Kevin along with regulars Steve, Phil (and some newcomers) to find birds in our part of the map. We have a fantastic territory in the northern edge of the overall count circle; it stretches from the south side of Pt. Isabel down to Gilman St. and Golden Gate fields, and up through Albany and El Cerrito more or less to the top of the ridge in the Berkeley Hills. This area covers a surprising variety of habitats including the open bay and shoreline with it’s mudflats and marsh, some ponds in the horse track infield, some oak woodland with a stream on the back side of Albany Hill, and a mix of trees in the Sunset View Cemetery. 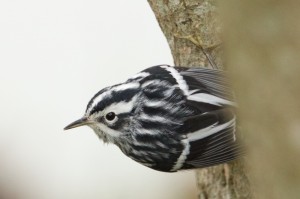 We had unusually nice weather, and at least one pretty good bird, a Black-and-White warbler that Kevin found between Albany Hill and the Ranch 99 parking lot. This is a migrant that isn’t typically found here even during the breeding season, so finding one in the winter is pretty uncommon. I had my camera along and managed to get a couple of decent photos that Golden Gate Audubon was able to use for a number of their press releases for the event. The day ended with a grand total of 116 species of birds- pretty good number for a square mile or two of extremely urbanized real estate. The total for all territories in the Oakland count circle was around 177 or so, which seemed to be “good but not great” in terms of species diversity. 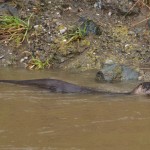 The second count was Central Contra Costa County (it’s 15 mile circle is centered in Walnut Creek). It started out much less promising- it was pouring buckets as I drove out to meet leaders Hugh and Rosita in Pleasant Hill. This territory isn’t quite as productive as the Albany site, but we were just happy that the rain let up. No particular highlights as rare as the black-and-white warbler, but we ended up with close to 90 species, including several that were relatively rare for our area (Peregrine Falcon, White-throated Swift, Least Sandpiper to name a few). The entire count circle had around 154 species seen that day- getting more than 150 is seen as good for the this count so I’d guess the organizers were happy with the outcome. The highlight for me was seeing a river otter in downtown Pleasant Hill next to Diablo Valley College.

A few other photos from the two days. 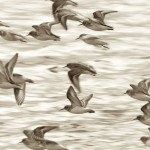 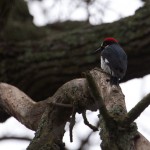 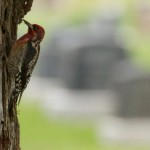 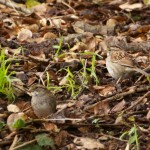 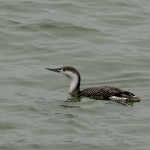 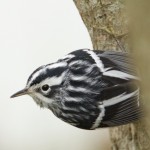 Of course, it’s the data that are important, and if you are interested in learning more about one of the longest running and most popular citizen science programs in existence, you can go to the Audubon Christmas Bird Count website.