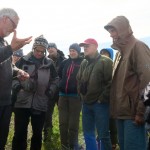 It would be a shame to head all the way to Iceland and then not make it outside of the “metropolis” of Reykjavik (Iceland’s capital has two-thirds of the nation’s population, but that’s only 200k people!) Thankfully I was able to spend 4 extra days after the IGS concluded as part of a conference-organized field trip to the north of the country. The trip was led by Ólafur Nielsen who also organized the conference. This probably goes without saying, but while the National Science Foundation did pay for my attendance at the IGS and pre-conference workshop, NSF did not pay for the extra play time (even though this was an actual conference activity with something of a focus on grouse biology).

The scenery anywhere in Iceland is just breathtaking (provided you get good weather). I won’t rehash everything we saw, but I can direct you to a flickr album with some photos from the trip. As with any tour, there’s a balance of getting to spend lots of time in each place versus getting to see many different things. The photographer in me was a little frustrated at times that we were often rushed, but looking back on it I can’t see anything that I would have skipped. Well, maybe the stops at the barren eroded “denuded” areas, but even those were interesting when we got to learn about the somewhat controversial soil conservation programs that were going on. 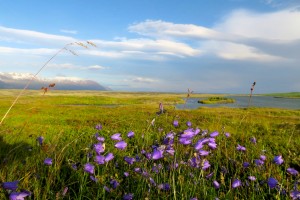 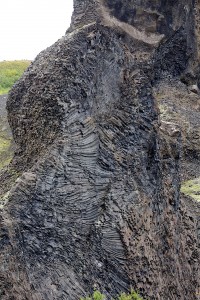 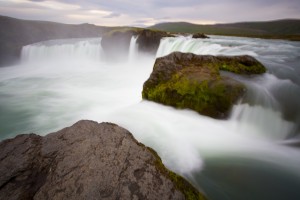 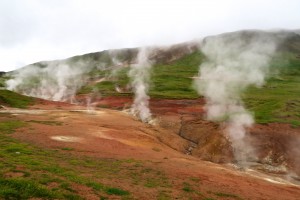 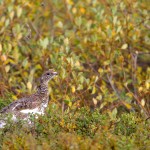 In addition to finally getting to see the “real” Iceland, it was really special to have Oli tell us more about his research on the Rock Ptarmigan and their main predator- the Gyrfalcon. We went to a number of different study sites, including Gyrfalcon nest and roost sites and areas the ptarmigan use during different seasons. We encountered Ptarmigan at several places and got very good looks. They were mostly still in their summer plumage, but were beginning to molt into the white winter phenotype. We also saw 3 or 4 Gyrfalcons during the trip. Not a life bird for me, but definitely a bird that quickens the pulse every time I see one.

The tour included a full 40 folks from the conference. Our apartment during the IGS was a half-hour walk from the conference center– this cut down a bit on the post-conference socializing (for me, anyway). It was great to be able to get to know more people during trip. Wildlife biologists tend to be really fun people, especially when everyone is relaxed in the outdoors!